Dysmenorrhoea is the medical term for cramps which are experienced in lower abdomen, before or during menstruation in women. It can be highly annoying and may vary from mild to severe. Generally, it occurs in initial years when girls get their periods for the first time and tends to become less painful with age and may sometimes stop completely after having first child. There are two types of Dysmenorrhoea Treatment:

Primary Dysmenorrhoea: The menstrual pain that usually starts one or two days before menses take place is known as primary dysmenorrhoea. It is a pain that is not a result of any disease and may commonly stay for the first day of menstruation and be accompanied with fatigue, nausea, uneasiness and vomiting.

Secondary Dysmenorrhoea: This type of menstrual pain is a result of any disease related to reproductive system in women, such as of endometriosis, fibroids, infection etc. Secondary dysmenorrhoea may occur earlier and last longer than to primary dysmenorrhoea. The pain is not necessarily accompanied by nausea, vomiting, fatigue or diarrhoea. 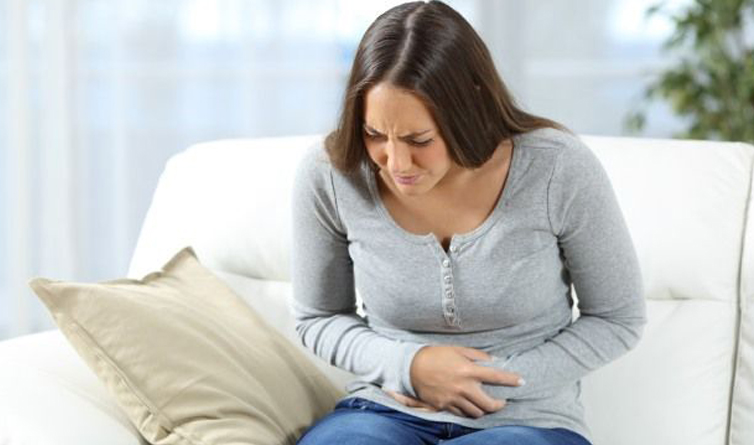 Dysmenorrhoea can be caused due to tightening or contractions in the uterus. During menstruation, the uterus tends to contract firmly resulting into cutting off the supply of oxygen to the uterus and muscles, as the nearby blood vessels get pressed and this lack of oxygen causes pain.

However, the pain can be treated by having ayurvedic treatment naturally.

What are the symptoms of Dysmenorrhoea?

Generally following factors are experienced when you get dysmenorrhoea:

What is the best Ayurvedic medicine to cure dysmenorrhea?

Sanjivani Ayurvedashram is a well known and established one stop centre for the treatment of female sexual problems naturally with aid of its proven and tested medication. This combination of herbs provides relief from menstrual pain, boosts health of reproductive system, improves immunity and administers uterus. Herbs such as shatavari, haritaki, haridra, giloe, shilajit, ashwagandha, tulsi, jaiphal, safed musli etc balances kapha doshas, controls nausea, vomiting, diarrhoea and uneasiness, helps in supply of oxygen to the uterus and muscles, initiates internal cleansing and aids in easy menstrual flow. Its therapeutic properties also de-stress mind and body and helps you get relaxed.

How to manage dysmenorrhoea?